Season 6 of The CW's American teen-drama television series Riverdale was renewed on February 3, 2021.[3]

"Rivervale" is the first arc of the sixth season and an "eventized" five-week run that according to showrunner Roberto Aguirre-Sacasa, is "firmly in the horror gene" and featured Kiernan Shipka reprising her role as Sabrina Spellman.[7]

In a post-finale appearance on the podcast Riverdale After Dark, Aguirre-Sacasa revealed that Rivervale is in-canon and within the continuity of the show.[8]

The sixth season of RIVERDALE begins with a special five-episode event arc entitled "RIVERVALE." Picking up where season five ended, with Archie (KJ Apa) and Betty (Lili Reinhart) deciding to give their romantic relationship another shot, just as a bomb planted by Hiram Lodge (Mark Consuelos) under Archie's bed was about to go off. Strangely, that bomb seemingly doesn't explode, and when Archie and Betty wake up the next morning, they're living in the town of Rivervale, their lives in Riverdale but a distant dream. It's hard to believe, but things in Rivervale are much darker and creepier than in Riverdale. There are ghosts, curses, witches, demons, human sacrifices, and special guest stars galore — including a visit from everybody's favorite twenty-something witch, Sabrina Spellman (guest star Kiernan Shipka)! How did our characters come to be in Rivervale? And what, exactly, is Rivervale? An alternate universe? A dream dimension? Limbo? Archie's coma fantasy? The mystery will be revealed in RIVERDALE’s hundredth episode, "The Jughead Paradox."[9]

February 3, 2021 (Burbank, CA) - The CW Network today renewed 12 of its current scripted series for the 2021-2022 season, including its new breakout hit WALKER, it was announced today by Mark Pedowitz, Chairman and CEO, The CW Network. Additionally, The CW is ordering 5 additional episodes for this season of WALKER, bringing its total episode count for 2020-2021 to 18, and 2 additional episodes of SUPERMAN & LOIS, bringing its total episode count for 2020-2021 to 15.

"Though we're just a few weeks into the new season, we wanted to get a strategic head start on next season with these early renewals, which allows our production teams to start laying out story arcs and hiring staff, and at the same time, continues to provide us with a strong, stable schedule to build on for next season," said Pedowitz. "As The CW's 2020-2021 season kicks into high gear, we are thrilled creatively with the direction of our first new shows out of the gate, WALKER and SUPERMAN & LOIS, that we wanted to order the additional episodes to complete their first seasons, and we are particularly pleased with the huge success of the launch of WALKER, which debuted as our most watched series premiere in 5 years."

The current series being ordered for the 2021-2022 season include a second season of WALKER, which recently scored The CW's most watched series premiere in 5 years, as well as ALL AMERICAN (Season 4), BATWOMAN (Season 3), CHARMED (Season 4), DC'S LEGENDS OF TOMORROW (Season 7), DYNASTY (Season 5), THE FLASH (Season 8), IN THE DARK (Season 4), LEGACIES (Season 4), NANCY DREW (Season 3), RIVERDALE (Season 6) and ROSWELL, NEW MEXICO (Season 4). Specific premiere dates for each series will be announced at a later time.[11] 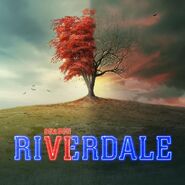 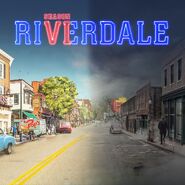 Riverdale- How Well Do You Know Your Castmates?

Riverdale Stars Dish on the Show's Most ROMANTIC and WILDEST Moments!