Season 5 of The CW's American teen-drama television series Riverdale was renewed on January 7, 2020.[3] The season began airing on January 20, 2021 and went on hiatus after the airing of "Chapter Eighty-Six: The Pincushion Man". The series returned on August 11, 2021.[4]

The fourth season of RIVERDALE began with a funeral and tribute to Archie’s late father, the beloved Fred Andrews (Luke Perry). Throughout the season, Archie (KJ Apa) tried to live up to his father’s memory by mentoring youths at his Community Center with the help of his pals Reggie (Charles Melton) and Munroe Moore. But the shadow of that tragedy loomed over Archie—and only darkened when Fred’s brother Frank arrived, bringing unforeseen complications with him, much to the chagrin of Archie’s mother (Molly Ringwald). Meanwhile, after Betty (Lili Reinhart) saved her mom (Mädchen Amick) and sister from the Farm cult, she joined her brother Charles’s Junior F.B.I. Training Program. Veronica (Camila Mendes) found herself locked in a season-long battle with her father Hiram (Mark Consuelos) and half-sister Hermosa over her burgeoning maple rum business. And, at the urging on FP (Skeet Ulrich), Jughead (Cole Sprouse) enrolled in a new school, Stonewall Prep, only to be caught up in a mystery that involved his grandfather, the secret author of a series of teen detective novels called “The Baxter Brothers.” His classmates turned out to be killers—and it was up to Betty and Jughead (pretending to be dead) to solve the murder of… Jughead Jones! At Thistlehouse, Cheryl (Madelaine Petsch) was trapped in a gothic nightmare, fighting her demons, literal and metaphoric, with the loving support of her girlfriend Toni (Vanessa Morgan). She finally put her brother Jason to rest while maintaining her control over the Vixens as resident HBIC against Principal Honey (Kerr Smith). Kevin (Casey Cott) got dragged into an illicit tickle scheme, but still found time to put on a Variety Show with hit songs from “Hedwig and the Angry Inch.” And throughout the season, disturbing unmarked videotapes kept appearing on our characters’ doorsteps, ensuring that there would be one more mystery to solve. Season five of RIVERDALE will begin with our characters’ final days as students at Riverdale High. From an epic Senior Prom to a bittersweet Graduation, there are a lot of emotional moments and goodbyes yet to come—with some couples breaking up, as everyone goes their separate ways to college—or elsewhere. Then, we will redock with our gang as young adults, all returning to Riverdale to escape their troubled pasts. And life—and romance—will only be more complicated now that they’re in their twenties…Based on the characters from Archie Comics, RIVERDALE is from Berlanti Productions in association with Warner Bros. Television and CBS Television Studios, with executive producers Roberto Aguirre-Sacasa (“Supergirl,” “Glee”), Greg Berlanti (“Arrow,” “The Flash,” “Supergirl”), Sarah Schechter (“Arrow,” “The Flash,” “Supergirl)” and Jon Goldwater (Archie Comics Publisher & CEO).[5]

Ahead of Its Midseason Debut, "Katy Keene" Receives Order for 13 Additional Scripts

"These early orders for next season give our production teams a head start in plotting out story arcs and a jump on hiring staff, and this also provides us with a strong foundation of established, fan-favorite CW shows to build on for next season," said Pedowitz. "We’ve been thrilled with the creative direction of all three new series, and even though we are in the very early stages of our new full stack streaming strategy, which allows viewers to catch up on our new shows from the beginning, we’re already seeing incredibly positive results from our multiplatform viewership for NANCY DREW and BATWOMAN."

The current series being ordered for the 2020-2021 season include second seasons of BATWOMAN and NANCY DREW, as well as ALL AMERICAN (Season 3), BLACK LIGHTNING (Season 4), CHARMED (Season 3), DC’S LEGENDS OF TOMORROW (Season 6), DYNASTY (Season 4), THE FLASH (Season 7), IN THE DARK (Season 3), LEGACIES (Season 3), RIVERDALE (Season 5), ROSWELL, NEW MEXICO (Season 3), and SUPERGIRL (Season 6). Specific premiere dates for each series will be announced at a later time.

Additionally, in advance of its series premiere next month, The CW has ordered 13 additional scripts of KATY KEENE, which is based on the Archie Comics characters and stars Lucy Hale, Ashleigh Murray, Jonny Beauchamp and Julia Chen.[6] 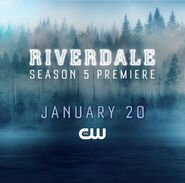 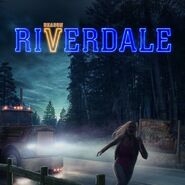 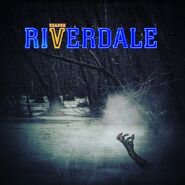 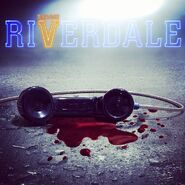 Riverdale - The Future Is Now - Season Trailer - The CW

Riverdale - The Future Is Now Extended - Season Trailer - The CW

Riverdale - One Word - The CW

Are Betty and Jughead Endgame? - It's a Ship Show - Riverdale

Is Jughead or Archie the Better Boyfriend? - Battle of the Boyfriends - Netflix

Riverdale vs Outer Banks- Who Did It Better? - Netflix